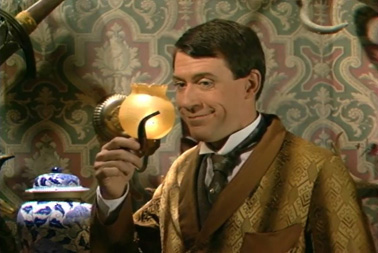 Zojoi teamed up with famed board game company Sleuth Times to reproduce the award-winning Sherlock Holmes Consulting Detective video mysteries for PC and Mac. These games were considered the pioneer products for emerging optical technologies and took advantage of the medium with full-motion video (FMV), intriguing storylines and fun game play. The games feature recaptured video, high-resolution graphics and strong storytelling and design. You can take the famous Baker Street detectives on the go, using a seamless save-game system that lets you easily sleuth the fog-filled streets of London.

YOU GET ALL THREE CASES FEATURING:

THE CASE OF THE MUMMY’S CURSE

The London Times started it all – calling the murders the work of an ancient Egyptian curse. I accused the tabloid of capitalizing on the superstitions of the populace. Yet, three men were dead, with the wrappings of a 4000-year old mummy binding their fates together. I find it hardly plausible and daresay believe the answers lie within the fabrics of a far more mortal realm. Once again, I have called upon the good doctor to accompany me.

THE CASE OF THE TIN SOLDIER

Inspector Smythe from Scotland Yard has informed Watson and me of the murder of General Armstead, a Tontine ticket holder. Of course, I was aware of the Tontine – a lottery that was set up to aid the veterans of the Battle of Waterloo. Something about this case intrigues me. Perhaps it ís that there are only five surviving ticket holders here in London? Perhaps it ís that the General was about to publish a scintillating addendum to his infamous book on treasure.

THE CASE OF THE MYSTIFIED MURDERESS

An unexpected guest interrupted my morning routine, speaking in impassioned tones about an intriguing murder. An unassuming woman has been charged with the death of a scoundrel, a fortune-squandering bounder. True, she was found over the body, pistol in hand but there are other avenues in this case that even the Yard has refused to set foot upon – especially when they wind into darker places of London’s society. I have the feeling that there is more to the case than meets the eye.

The Case of the Mummy’s Curse 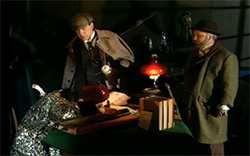 The Case of the Tin Soldier 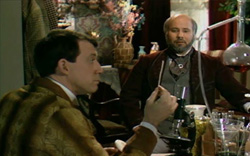 The Case of the Mystified Murderess 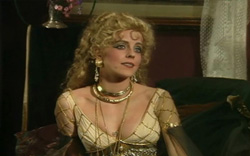