The original design of the never-before seen point and click adventure is being brought to life after 30+ years in the vault – Beyond Shadowgate! The game is being created by the designers of the original 8-bit hit Shadowgate and a leading 8-bit adventure studio! With a story that is over four times larger than Shadowgate, Beyond Shadowgate captures the same look and feel as the 8-bit console version while including modern design sensibilities. Get ready for the ultimate Shadowgate sequel! 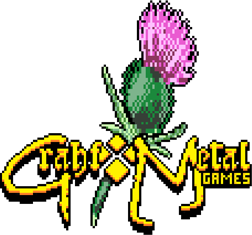 Zojoi is working with the fantastic GrahfMetal Games to create Beyond Shadowgate. GrahfMetal is well-known in the indie game community for creating some of the most stunning 8-bit adventure titles!

35 years have passed since Jair defeated the Warlock Lord in the caverns beneath the living castle, Shadowgate. In that time, the land of Kal Torlin prospered and the events of Shadowgate were forgotten. But once again evil is stirring, scheming to bring the world to ruin.

In the dungeons of Gwynenthell, the capital city of Kal Torlin, a lowly Fenling by the name of Del Thornburrow awaits his fate. No stranger to a jail cell, Del soon frees himself from the dangers of the dungeon, only to begin a journey that will push him to the edge of his limits.

Lead Del as he travels through Gwynenthell, across the Torlin Forest, over the Gatekeeper Mountains, and beyond! Uncover plots to overthrow kingdoms that threaten to plunge the land into darkness! Interact with old friends and new, while protecting Del from the traps, hazards, monsters, and every other peril that may introduce him to the ever-present Grim Reaper.

Our Kickstarter launches on Feb 18! You can play a 16 room demo as well as get lots of cool swag!